THE LIFE OF SAKYA PANDITA 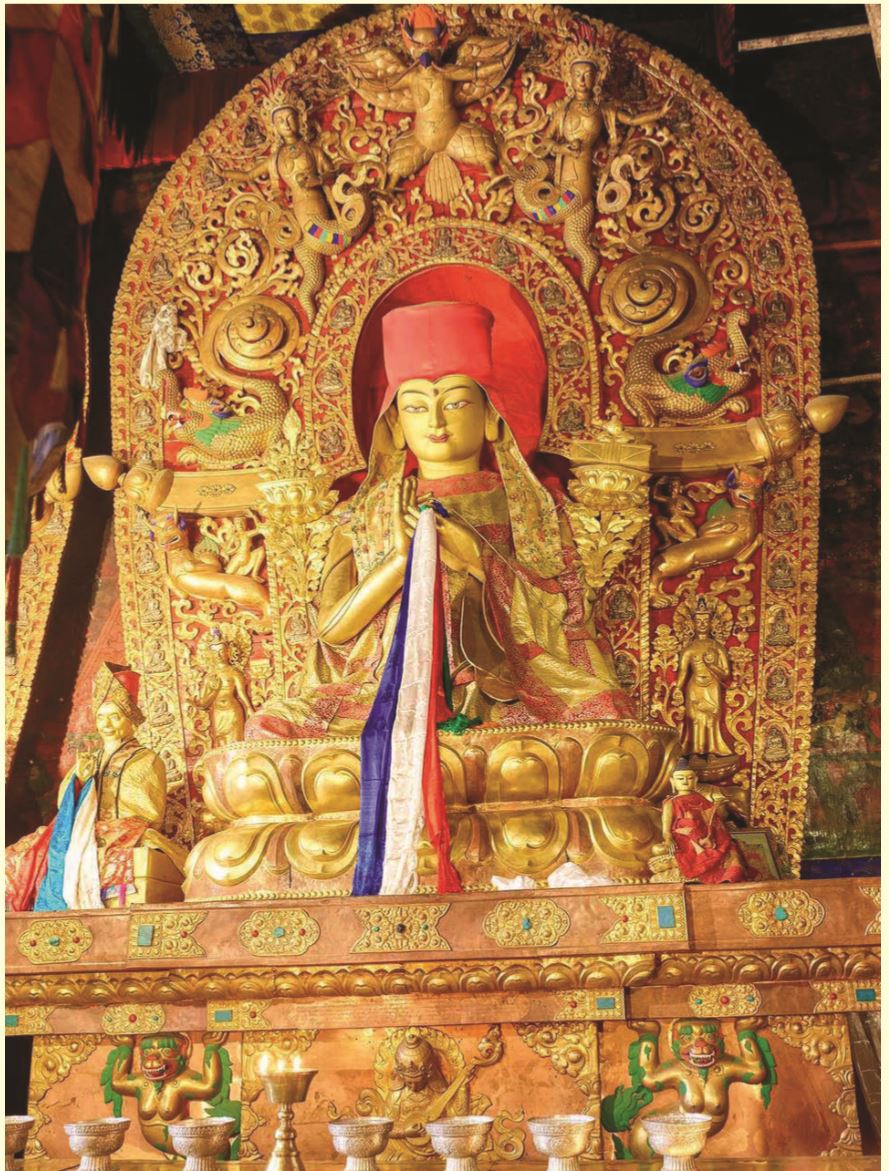 THE LIFE OF SAKYA PANDITA

Lord of the Dharma

1] Due to his perfections in the five branches of science, the assembly composed of the great Kashmiri Mahāpandita Śākya Śrībhadra and his disciples bestowed upon himthe coveted title of Mahāpandita. He thereby became the foremost pandita in the land of Tibet.

2] He was probably the first scholar to have expounded the ten branches of sciences in Tibet, which were prominent among the scholars of India at that time. Moreover, disciples who succeeded him as well as his nephew also continued to expound and translate innumerable other sciences, resulting in the massive transmission of the ancient Indian teachings in Tibet.

3] He initiated the system of individual textual translation by successfully translating the texts without the need to collaborate with Indian translators. 4] With systematic refutations of invalid assertions propounded byTibetans, determined by their erroneous views and traits of non-Buddhist schools in the Tibetan epistemological system, Sapan composed the Treasury of Epistemology (Pramānayuktinidhi; Tshad ma rigs gter),which includes the complete meaning of The Seven Treatises on Valid Cognition and its Discourse (sde bdun mdo).

5] He translated The Commentary on Valid Cognition (Pramāṇavārtika; rnam ‘grel) along with the autocommentary and taught it for a long time, which is why the exegetical tradition of thePramāṇavārtika is still prevalent in all the schools of Tibetan Buddhism.

6] His Tibetan composition “Tshad ma rigs gter”, which was subsequently translated into Sanskrit and propounded in India by the students of the Kashmiri Mahāpaṇḍita Śākya Śrībhadra, is considered to be the first ever translation of a Tibetan text into an Indian language.

7] He expounded the teachings of the Buddha in Mongolia for the first time, and the dharma still continues to thrive there.

8] He coined a new script for Mongolians, thanks to which innumerable scriptural texts from India and Tibet were translated into Mongolian. 9] He was the first to take the initiative in propagating the Buddha’s teaching into other countries from Tibet.

10] He defeated a famed Indian scholar, Harinanda, together with five scholars from other Indian schools in a debate that required philosophical references and valid reasoning. As a result, they converted to Buddhism.

11] He bore the exclusive major and minor marks comparable to those of the Lord Buddha Śākyamuni, such as an Uṣṇīṣa clearly appearing on the top of his head, and a white circular hair between his two eyebrows (Skt. Ūrṇā).

12] He wrote the fourth compendium known as Clear Differentiation of the Three Vows (Trisamvaraprabheda; Sdom gsum rab dbye), which addresses the valid and invalid essences of the Buddhist doctrines in Tibet. (The above mentioned salient features of SakyaPandita was written by Khenchen Appey Rinpoche and translated into English by Ngawang Tenzin under the guidance of Khenchen Sonam Gyatso)